The Uniting Lightstar represents humanity in one iconic object. It is strongly held together by its mathematical perfection and at the same time shows its complexity and vulnerability in the internal string structure. Amsterdam is a melting pot where an unique mix of cultures is brought together. Exactly that vivid society is represented in The Uniting Lightstar.

Persons with all different backgrounds will control each light. Together they create a multitude of the same, yet different stars. Showing the diversity and friendship between the people of Amsterdam, The Netherlands, Europe and the whole World.

The Uniting Lightstar will represent the universe as a bright shining diamond. 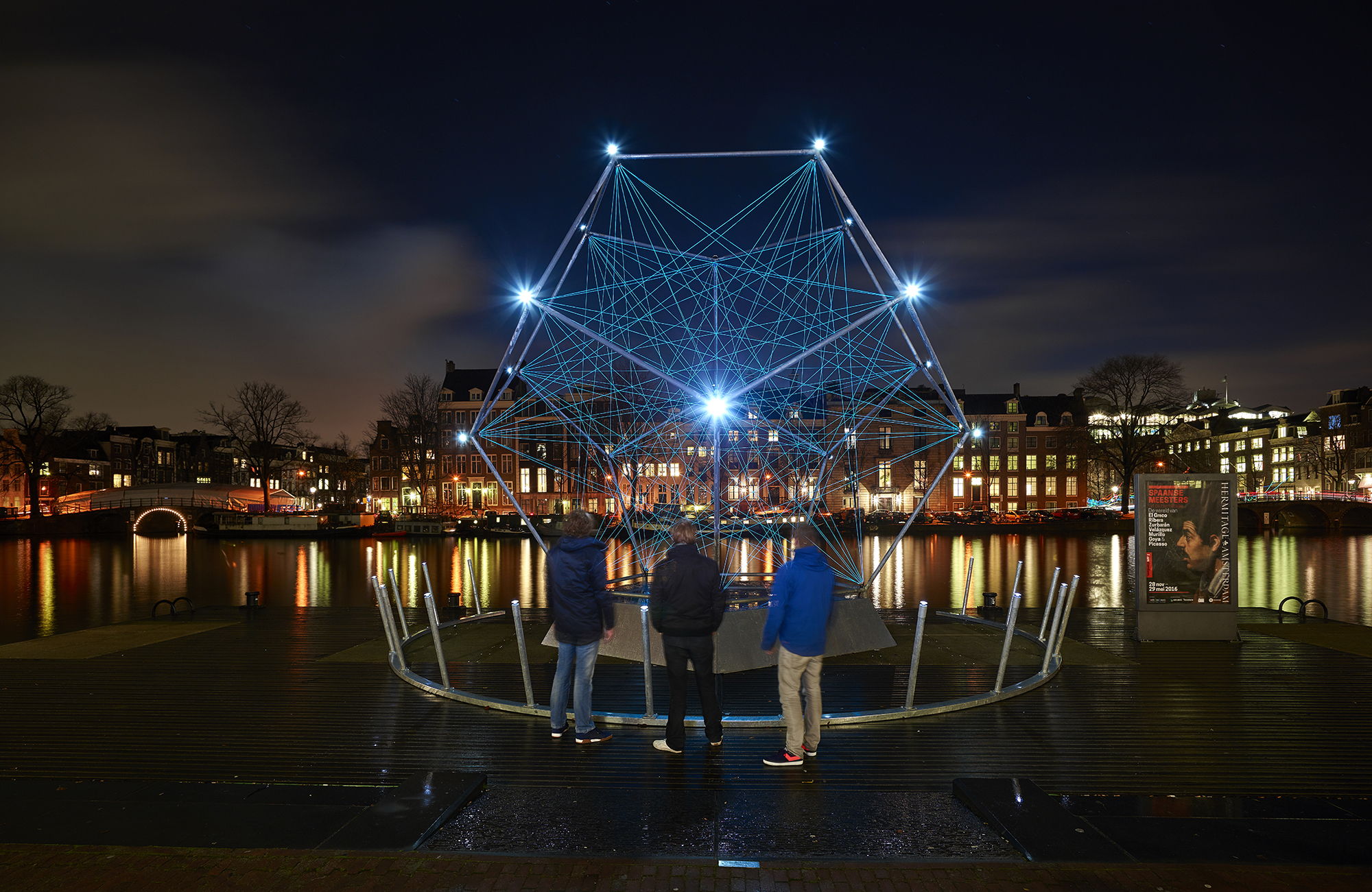